Purpose: To investigate the origin and localization of pancreatic stem cells in adult pancreatic tissues and to determine the primary mechanism underlying the participation  of these cells in repairing pancreatic injuries

Methods: Sprague-Dawley rats were divided into experimental and  control groups. The experimental group was given intraperitoneal injections of cerulein to induce acute pancreatitis. At  6 h, 1, 2, 3, 5 and 7 days, 5 rats from the experimental group  and 2 rats from the control group were sacrificed; all sacrificed animals were intraperitoneally injected with 5-bromo- 2  -deoxyuracil nucleotides (BrdU) 6 and 3 h prior to sacrifice.  The pathological changes of pancreatic tissue were observed. The stem cell marker nestin and the cell proliferation  marker BrdU were detected with immunohistochemistry.  Pancreatic duodenal homeobox-1 (PDX-1) was determined  by real-time PCR. Results: (1) The pathological changes of  acute pancreatitis can be divided into three phases: the edema and apoptosis phase, the hemorrhagic necrosis phase,  and the reconstruction phase. (2) Nestin-positive cells main-

Stem cell research has become a very attractive field  in recent years. The presence of stem cells has been confirmed in multiple organs [1–3] . Many investigators  have reported the existence of stem cells in pancreatic tissue [4, 5] , which could shed light on the treatment of  severe acute pancreatitis (SAP), one of the most difficult  medical problems worldwide. SAP is generally believed  to be an excessive systemic inflammatory response syndrome and leads to distant organ damage and multiple  organ dysfunction syndrome, even mortality in this  condition [6, 7] . How can deterioration of SAP be prevented? If the stem cell plays a leading role for the tissue  injury repair in the early period of SAP, the problem may  be solved. However, are there primary stem cells in adult  pancreatic tissue? Dor et al. [8] found that the nascent  cells in mice from a partial pancreatic resection originated from the self-replication of preexisting  cells in  pancreatic islets, rather than from pancreatic stem cells.  In 2005, Levine and Mercola [9] published a paper in the  New England Journal of Medicine to support the findings of Dor et al. [8] . Meanwhile, in recent years, some  researchers have found that bone marrow stem cells can  differentiate into pancreatic cells under certain conditions [10, 11] . In a summary of the literature, we found  that the major differences in pancreatic stem cell research are (1) whether pancreatic stem cells exist in adult  pancreatic tissue, (2) the source and location of the pancreatic stem cells, and (3) the principal mechanisms for  involvement of pancreatic stem cells in the repair of  pancreatic tissues.

An important and commonly used marker for identification of pancreatic stem cells is nestin. It is still controversial whether this protein is the most specific marker.  Previous research showed that nestin-positive cells have  a strong proliferation and regeneration capacity. Nestin  was first widely recognized as a specific marker for neural  stem cells [12] . It is highly expressed in neural epithelial  cells during embryonic development, but not in the adult  central and peripheral nervous system [13, 14] . In addition, the expression of nestin has also been shown in rat  bone marrow [15] and human embryonic stem cells [16,  17] . Recently, investigators found that nestin protein is  also expressed in human pancreatic islet cells and embryonic pancreatic tissues [18, 19] . Therefore, many researchers believe that pancreatic nestin-positive cells are also  pancreatic stem cells [20, 21] . Pancreatic duodenal homeobox-1 (PDX-1) is a transcription factor in islet  cells,   cells and the endocrine cells scattered in the duodenum.  PDX-1 activation can promote the expression of insulin,  somatostatin and other important genes in  cells. So  PDX-1 is essential for the formation of endocrine and  exocrine pancreatic glands during embryonic development [22, 23] . Therefore, PDX-1 is also used as an important marker in pancreatic stem cell research [24, 25] . In this study, we established a rat model of acute pancreatitis, located pancreatic stem cells using nestin as a marker,  and monitored cell proliferation as well as regeneration  during pancreatic repair with 5-bromo-2-deoxyuridine  (BrdU) labeling [26] . At same time, we determined the  expression level of PDX-1, an important regulator in stem  cells, to determine the origin and localization of pancreatic stem cells as well as to develop a better understanding  of the mechanism underlying stem cells’ participation in  pancreatic tissue repair.

Forty-two 8-week-old Sprague-Dawley (SD) rats weighing  120 8 20 g were provided by the Animal Experimental Center,  HuaXi Medical University. The rats were raised at 18–28 ° C in a  40–70% humidity environment. The animals were randomly divided into an experimental group (30 rats) and a control group  (12 rats). The rats were fasted for 12 h with access to water before  model preparation and fasted for 24 h with access to water after  the disease model was induced. After the 24-hour fasting period,  the rats were given free access to water and standard rat chow.  The rats in the experimental group were given intraperitoneal  injection of cerulein at a dose of 50  g/kg b.w. once an hour for  a total of four times. At the same time points, the rats in the control group were given 0.5 ml normal saline. Five rats from the  experimental group and 2 from the control group were sacrificed  by cervical dislocation at 6 h, 1, 2, 3, 5 and 7 days after model  preparation. The animals that were sacrificed were intraperitoneally injected with BrdU at a dose of 100 mg/kg b.w. 6 and 3 h  before sacrifice.

both groups to observe histological changes. Serial paraffin sections were prepared at 5  m for conventional HE staining. Pathological changes in pancreatic tissues from both groups were observed under light microscopy.

The data were expressed as mean 8 SD. Differences between  the groups were evaluated with ANOVA, followed by post-hoc  testing with Fisher’s least significant difference method. p ! 0.05  was considered statistically significant.

The pathophysiological progression of acute pancreatitis can be divided into three phases ( fig. 1 ). First, there  is the edema and apoptosis phase (6 h to 1 day), where the  specimens generally display a high degree of edema without obvious hemorrhage. Under a light microscope, acinar cells showed apparent edema with a lot of vacuolelike structures dispersed in the pancreatic acini and islets. Concentrated dark-stained clump-like materials  were visible in the vacuole-like structures. The peak  amount of vacuole-like structures occurred between 6 h  and 1 day. After day 1, the amount of vacuole-like structures gradually decreased. The interlobular space significantly increased, which was likely caused by inflammatory edema. A small number of inflammatory cells were  found to be clustered in the interlobular region and the  cells gradually spread between the acini. According to the  literature and our observations, a large number of acinar  cells undergo active apoptosis at the early stage of inflammation due to the self-protective mechanism of pancreatic tissues against self-digestion. The concentrated  clump-like material we observed in the vacuolar structures may be apoptotic cells [27, 28] . In the second phase,  the hemorrhagic necrosis phase (2–3 days), the edema of  the specimens was significantly diminished compared to  the edema observed in the previous phase with dispersed  hemorrhagic spots. Interlobular vascular damage was detected with a microscope along with an effusion of red  blood cells from the vascular lumen. A large number of  red blood cells accumulated in the interlobular region.  Some of the pancreatic lobules exhibited patchy necrosis.  Acinar-like cells were rarely observed in the necrotic regions, but large amounts of inflammatory cells were  found in these areas and macrophages were the most

Fig. 1. Pathophysiological progression of acute pancreatitis: at 6 h  following cerulein injection, acinar cells showed apparent edema  with a lot of vacuole-like structures dispersed in the pancreatic  acini and islets, and the peak amount of vacuole-like structures  occurred in 1 day ( a , b ). At 2–3 days, edema of the specimens was  significantly diminished, and interlobular vascular damage was  detected along with an effusion of red blood cells from the vascular lumen, and some red blood cells accumulated in the interlobular region ( c , d ). At 5–7 days, pancreatic edema subsided, and the  reduction in the number of red blood cells accumulated between  the acini and in the interlobular region was observed, and a clear  boundary detected between the necrotic area and the normal acinar cells ( e , f ).

common cell type. A small number of inflammatory cells  were found among the acinar cells within the normal  pancreatic lobules. In the third phase, the reconstruction  phase (5–7 days), pancreatic edema subsided and there  were patches of dark red. The reduction in the number of  red blood cells accumulated between the acini and in the  interlobular region was observed under a microscope. A  clear boundary was detected between the necrotic area  and the normal acinar cells. Large quantities of inflammatory cells were found in the necrotic region. Among  these cells, a large number of macrophages were detected  with inflammatory cells scattered around them. The interacinar space returned to normal and vacuole-like  structures were rarely observed.

The PDX-1 mRNA expression levels of the control  group and the pancreatitis model group at different time  points are shown in figure 5 . The electrophoresis results for the PCR products are shown in figure 4 . Overall, PDX- 1 mRNA was positively expressed in the normal pancreatic tissues, but at a low level. After pancreatitis was induced, the expression level of the PDX-1 gene gradually  increased and reached its peak on day 3. The expression  gradually decreased afterwards and got close to a normal  level on day 7.

Fig. 4. After pancreatitis was induced, the  expression level of the PDX-1 gene gradually increased and reached its peak on day  3. The expression gradually decreased afterwards and got close to a normal level on  day 7. 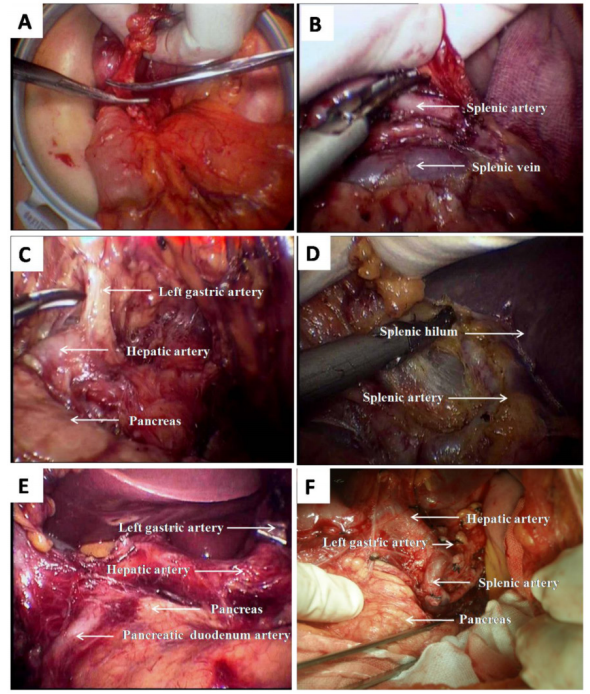